Where is Nymeria (Arya’s Direwolf)? 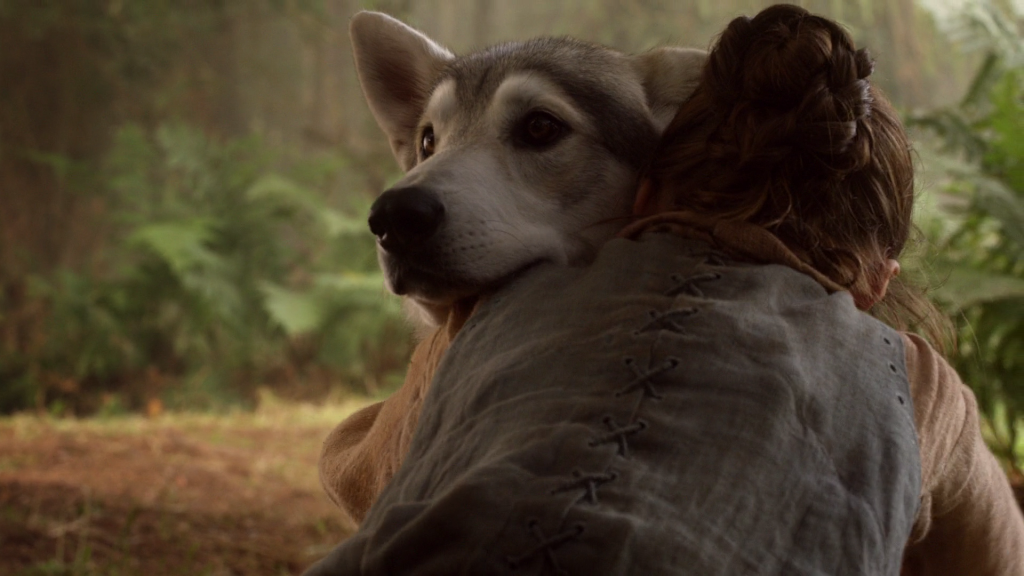 Nymeria is Arya’s Stark Direwolf. Nymeria was last seen in season 1, when Arya released her in the wild after biting Joffrey’s hand. 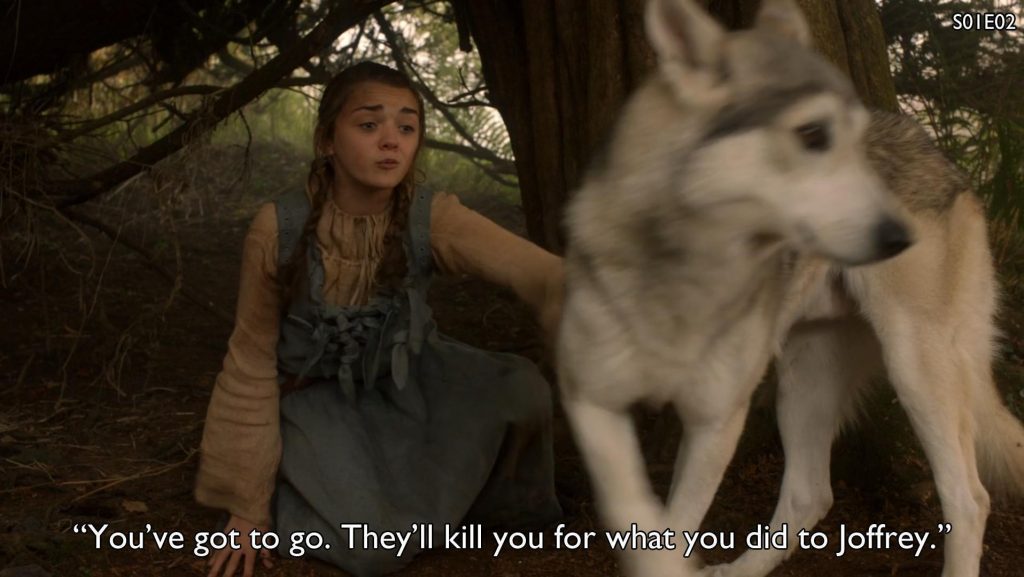 Nymeria was never seen again in the TV show. However, in the books, there is a mention of a giant wolf in the Riverlands leading a pack of hundred of wolves and killing Walder’s Frey men and all the enemies of the Tullys (Tully is the house of Catelyn Stark before she get married).

Just like the other Stark children, Arya shares a connection with Nymeria and wargs unconsciously into her almost every night.

She was no little girl in the dream; she was a wolf, huge and powerful, and when she emerged from beneath the trees in front of them and bared her teeth in a low rumbling growl, she could smell the rank stench of fear from horse and man alike. The Lyseni’s mount reared and screamed in terror, and the others shouted at one another in mantalk, but before they could act the other wolves came hurtling from the darkness and the rain, a great pack of them, gaunt and wet and silent.
The fight was short but bloody. The hairy man went down as he unslung his axe, the dark one died stringing an arrow, and the pale man from Lys tried to bolt. Her brothers and sisters ran him down, turning him again and again, coming at him from all sides, snapping at the legs of his horse and tearing the throat from the rider when he came crashing to the earth.
Only the belled man stood his ground. His horse kicked in the head of one of her sisters, and he cut another almost in half with his curved silvery claw as his hair tinkled softly.
Filled with rage, she leapt onto his back, knocking him head-first from his saddle. Her jaws locked on his arm as they fell, her teeth sinking through the leather and wool and soft flesh. When they landed she gave a savage jerk with her head and ripped the limb loose from his shoulder. Exulting, she shook it back and forth in her mouth, scattering the warm red droplets amidst the cold black rain.

In addition, there are many hints that Arya will never become a faceless man because of her close connection with Nymeria:

I dreamed I was a wolf again. She could remember the smells best of all: trees and earth, her pack brothers, the scents of horse and deer and man, each different from the others, and the sharp acrid tang of fear, always the same. Some nights the wolf dreams were so vivid that she could hear her brothers howling even as she woke, and once Brea had claimed that she was growling in her sleep as she thrashed beneath the covers. She thought that was some stupid lie till Talea said it too.
I should not be dreaming wolf dreams, the girl told herself. I am a cat now, not a wolf. I am Cat of the Canals. The wolf dreams belonged to Arya of House Stark. Try as she might, though, she could not rid herself of Arya. It made no difference whether she slept beneath the temple or in the little room beneath the eaves with Brusco’s daughters, the wolf dreams still haunted her by night

Whether Nymeria will be back to the TV show or not remaims unknown!